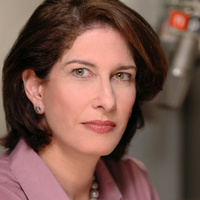 Mara Liasson is the national political correspondent for NPR and a contributor to FOX News Channel (FNC). She joined FOX in 1997 and serves as a panelist on Special Report with Bret Baier and FOX News Sunday, FOX Broadcasting Company’s public affairs program that airs nationwide each Sunday morning.

Liasson joined NPR in 1985 as a general assignment reporter and newscaster. She covered Congress and served as the White House correspondent during all eight years of the Clinton administration. Now, as NPR’s national political correspondent her reports can be heard on the award-winning newsmagazines, All Things Considered and Morning Edition. During her tenure, she has covered all the presidential elections since 1992 and reports on Senate and House races every election year. She is an expert on elections, national policy and on relations between the White House and Congress.

Liasson received a Knight-Bagehot Fellowship in Economics and Business Journalism. From September 1988 to June 1989, she took a leave of absence to attend Columbia University in New York. Shortly after, she returned to NPR as its congressional correspondent.

Liasson has received numerous awards and honors for her reporting, including the White House Correspondents’ Association’s Merriman Smith Award in 1994, 1995 and 1997 for excellence in daily news reporting.

St. Francis de Sales is the patron saint of journalists.

Register
This event content is powered by the Localist Community Event Platform.