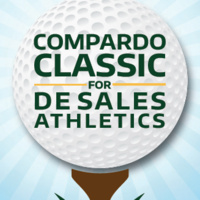 This is a past event.

His profound influence and inspiration to his students and to the DeSales community earned him the Teacher of the Year award (1987) and Father J. Stuart Dooling Distinguishing Service Award.

Dr. Compardo was inducted into the Lehigh Valley High School Basketball Hall of Fame and the Allentown College Athletic Hall of Fame, further highlighting his exemplary talents and contribution towards athletics. Affectionately known by the DeSales community as ‘Coach’, his impact and contribution to the University cannot be understated, and his influence resonates throughout the campus to this day – including the Compardo Fitness Center and annual Dr. John Compardo Male and Female Athlete of the Year awards.

Coach Compardo remains as the Father of Athletics at DeSales University, and as a beacon of core Salesian values he instilled into his students and peers.