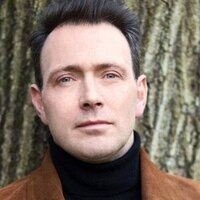 Jonathan Green is an award-winning journalist and author. His work has appeared in the New York Times, Men’s Journal, The Financial Times, British GQ, and Esquire.

He is the author of the highly acclaimed, “Murder in the High Himalaya” and has been nominated for a 2019 Edgar Award for Sex Money Murder: A Story of Crack, Blood and Betrayal. Green tells the story of an infamous Bronx gang through inside access to gangsters and the federal agents, police officers, and prosecutors who took them down. He has exposed human rights abuses in the gang-controlled slums of Brazil, Africa, and Jamaica and in the thin air of the high Himalaya, among many other places.

A panel discussion will include Eric Dowdle, Esq., a criminal defense attorney and former assistant district attorney in Northampton and Lehigh counties, and Seth Weber, Esq., a former federal prosecutor and current lecturer for the criminal justice program at DeSales University.

Presentation is FREE and open to the public