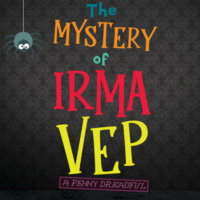 The Mystery of Irma Vep - A Penny Dreadful

Lauded as “the funniest two hours anywhere” by The New York Times and “lunatic fun that keeps you in stitches” by The Daily News, this madcap mystery features werewolves, vampires, ghosts, and damsels in distress. In a parody of the gothic literary “penny dreadful” tradition, Charles Ludlam’s spoof reaches from the eerie moors of England to the depths of an Egyptian tomb. A hilarious sendup of Victorian melodrama, this comedic, quick-change tour-de-force features an unforgettable cast of characters—all played by two actors—and promises to leave you breathless with delight.