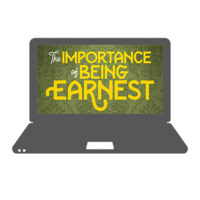 Virtual: The Importance of Being Earnest

This wildly entertaining comedy sparkles with dazzling wordplay and hilarious situations. In the 1890s, carefree bachelor —Jack— poses as a man named “Ernest” so he can escape from the country to the city for romantic escapades. Meanwhile, fellow bachelor Algernon happily takes on the identity of “Ernest” to woo young Cecily. Silliness ensues with whimsical ingenues, jealous fiancés, indomitable dowagers, and the most famous handbag in theatre history.