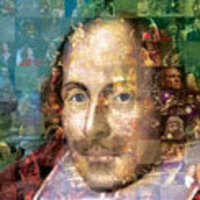 A leading Shakespeare festival with an emerging national reputation for excellence, Pennsylvania Shakespeare Festival is a professional theatre company on the campus of DeSales University.

Each summer, PSF produces a season of Shakespeare and other classics, musical theatre, and children’s theatre. About an hour north of Philadelphia and less than two hours from Manhattan, PSF is summer home to over 200 artists from around the country, including winners and nominees of the Tony, Obie, Emmy, Drama Desk, Outer Critics Circle, Jefferson, and Barrymore awards. Every year 40,000-50,000 patrons attend PSF from 30+ states – 850,000 patrons from 50 states and many countries since 1992.

There are essentially three different kinds of air purifiers. First and foremost, they are usually used by people with allergies and other breathing complications. Cleans The air purifier is supposed to wash the air in your house. In the instance of severe chest conditions, you want to make sure that the air purifier is capable of eliminating smoke, pollen and dust. Hepa air purifiers are ideal for people suffering from assorted type of allergies. Purchasing the very best air purifier would have five things to be thought about. Size The ideal room air purifier that you purchase should have the proper size for your requirements. Read more on https://www.airpurifiersmoke.com